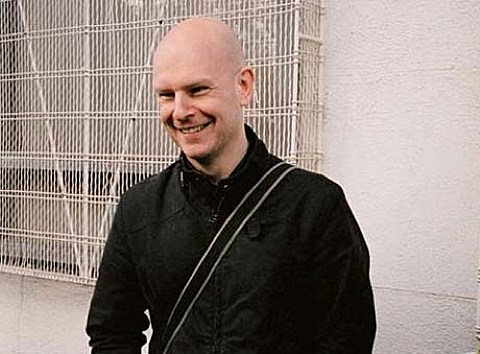 Radiohead drummer Philip Selway is coming to the US soon for a tour which begins with his NYC show at Le Poisson Rouge, and ends with his second of two Coachella appearances. He's now confirmed that the opener on his non-festival dates will be Adem.

Adem (full name Adem Ilhan) is a folktronica/post-rock solo artist on Domino, who put out three albums in the mid-late 2000s, one of which was a covers album with songs by Bjork, Aphex Twin, Bedhead, PJ Harvey, and more. He's also a member of the '90s/'00s post-rock band Fridge with Kieran Hebden, aka Radiohead's pal Four Tet, and is one half of the duo Silver Columns with Johnny Lynch (aka The Pictish Trail). And he played on Philip's most recent album, 2014's Weatherhouse.

In addition to opening the shows, Adem is playing in Philip's live band, along with Kath Mann (aka Quinta) and Chris Vatalaro. The NYC show happens April 10 at LPR, and tickets are still on sale. All dates are listed below.

In other Radiohead news, The Bends turns 20 on Friday (3/13), and Stereogum are celebrating with Radiohead Week. Among their features is a post with 33 musicians discussing their favorite Radiohead song, including Ed Droste, J Mascis, Kip Berman, Wayne Coyne, Kathleen Hanna, Sadie Dupuis, Noel Gallagher, and more. They've also got Perfect Pussy singer Meredith Graves interviewing her dad about them (she calls them "middle of the road" and "the uncanny valley of interesting music").

Watch a video of a The Bends track, with the list of Philip Selway dates and a Selway video, below...