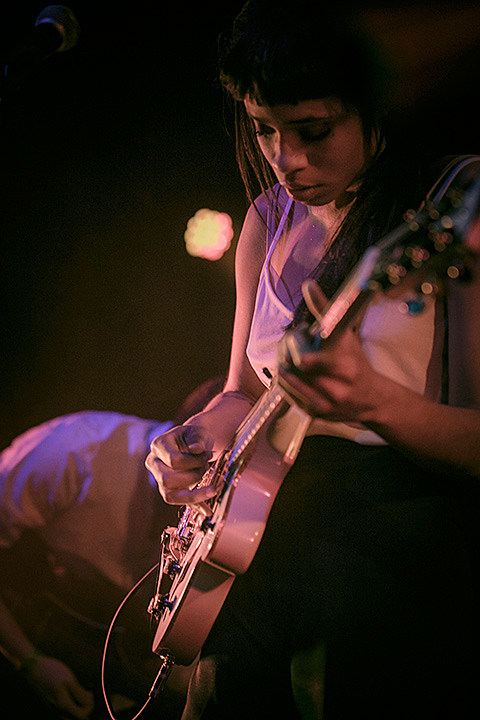 Nashville singer/songwriter Adia Victoria is out on tour, a tour that recently brought her to Chicago to share a bill with Strand of Oaks and Kevin Morby, and which has her in NYC tonight to play an early, NOT-cancelled show at Mercury Lounge TONIGHT (1/27) (Juno be damned).

After NY, she continues on the road for a few more days before taking a month break. In March she's back on the road and playing the Savannah Stopover Festival before joining Hurray For The Riff Raff for a portion of their 2015 tour (NYC shows at MHOW and Bowery not included).

All tour dates are listed, along with a stream of just-released, new song "Sea of Sand" which she wrote while being "stranded" in Harlem during Hurricane Sandy, below...

I wrote sea of sand while stranded in Harlem in the wake of Hurricane Sandy. After the storm passed, I ventured out of my cousin's apartment to survey the damage done. As I walked downtown past uprooted trees and overturned cars I considered my life in New York City as a 19 year old girl. Then another snapshot came to my mind of my brief time in Tucson, then my years in Atlanta flashed before me and even glimpses of my hometown of Campebello, SC. As I walked I tried to piece together a narrative, desperately searching for a strand uniting all these young women I had been throughout my youth

This song speaks to the various---and oftentimes battling---states of consciousness residing within the human mind at any given time. Do our experiences define us? Who are we apart from what the world has done to us?"