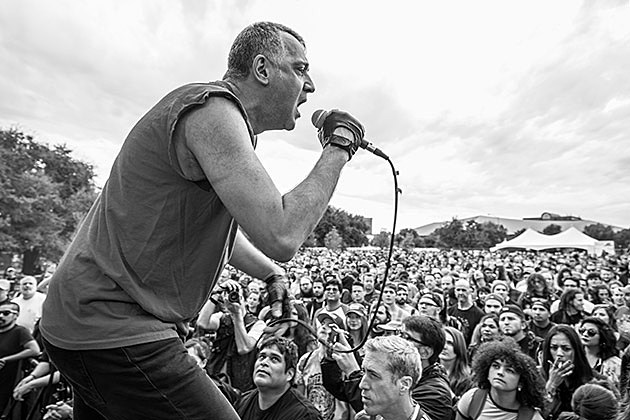 As previously announced, Asbury Park is getting an edition of the Punk Rock Bowling festival this year (in addition to its usual Las Vegas edition) from June 10-12 with Descendents, Cock Sparrer, FLAG, Anti-Nowhere League and many more (tickets). Right before playing that fest, Anti-Nowhere League will squeeze in their own intimate NYC show on June 8 at Grand Victory. Tickets for that show are on sale now.

Speaking of old school punk at Grand Victory, NYC vets Murphy's Law, Yuppicide and Downlow will hit the same venue on March 17. Tickets for that show are on sale.

The Dwarves, who play Punk Rock Bowling in Las Vegas, team up with former partners in crime The Queers for a NYC show on June 17 at Bowery Electric. Also on that bill is Decent Criminal. Tickets are on sale.

UPDATE: After the Bowery Electric show, The Dwarves will play a midnight show at Arlene's Grocery that same night. Decent Criminal open. Tickets are on sale.

The back-in-action Plow United play The Acheron on May 20 with Slingshot Dakota and Mindtroll. Tickets are on sale.

NYC's annual Black N' Blue Bowl will return this year. Most details are still TBA, but we know it happens the weekend of May 14 with Adolescents, Madball (Demonstrate My Style with Matt), Billy Club Sandwich, Rykers, Blind Justice, Regulate and Rhythm of Fear. Stay tuned for more.

Not a live show but on Sunday, February 28, there will be an afternoon Rocks Off walking tour of the Lower East Side's punk rock history, hosted by Cro-Mags frontman John Joseph. Tickets to attend are available.

Other upcoming punk shows in the NYC-are Include Poison Idea tonight (2/15) on Long Island, NOFX, MDC, The Falcon, The Loved Ones and more.

Across the country, there's the Sense Field / Jon Bunch tribute with Texas Is the Reason, Into Another, Gameface, The Bronx, Samiam, Knapsack, Strife and so many more.