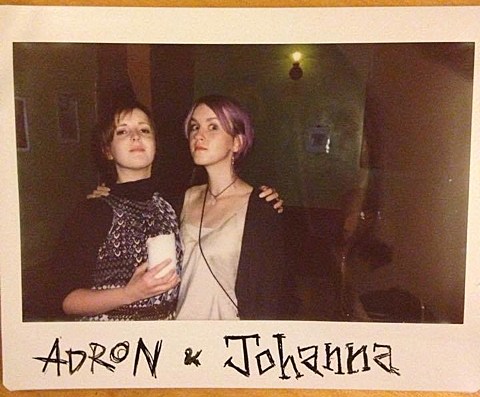 We last spoke about Portland, OR folk singer Johanna Warren when she was in NYC on her fall tour with Mitski. She's returning this weekend on her tour with Adron, which hits Rockwood Music Hall Stage 3 on Sunday (4/5). Tickets for that show are on sale now. That's a picture of the two tourmates above. All remaining dates are listed below.

Johanna's new album, nūmūn, comes out May 19 via Team Love, and so far two songs are out from it, "Figure 8" and "Less Traveled." Both are somber folk songs recalling a handful of '60s / '70s songwriters, especially Joni Mitchell whose first couple albums sound like a big influence here. Listen below.

As for Atlanta's Adron, her most recent album is 2011's tropicália-inspired Organismo. You can stream that, with the Johanna Warren songs and list of dates, below.