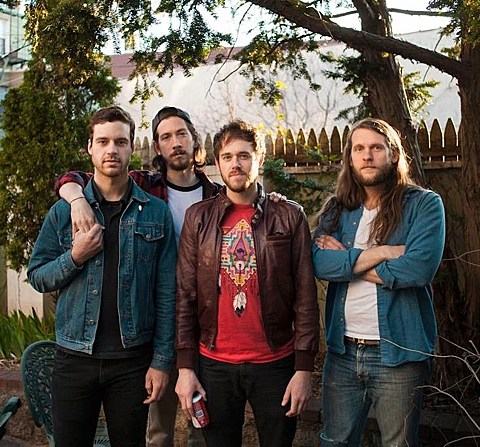 Brooklyn's Adult Dude just wrapped up a tour with Canadian shoegazers Kestrels that hit Adult Dude's hometown on July 12 at Shea Stadium and last night (7/17) at Cake Shop. (Anyone go? How were they?) Adult Dude are now taking some time off from shows to work on new music, and they've also made a video for their recent single "New Partner." Like on their debut EP, the new single has them embracing a handful of classic indie rock influences. This one opens up like an alternate version of Dinosaur Jr's "Freak Scene," but rather than going for J Mascis' laid back drawl, the nasally vocals channel something more along the lines of Doug Martsch.

The David Williams-directed video premieres in this post. You can watch it, with a stream of "New Partner" b-side "Stay Put," below...