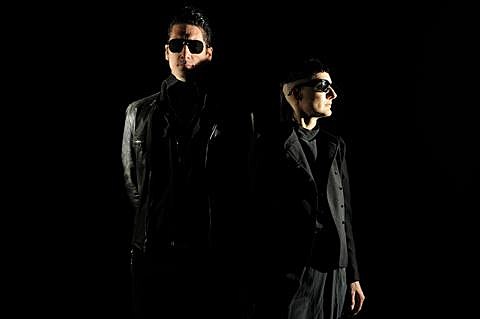 It's been six years since Detroit electro duo ADULT. released their last album, Why Bother? Adam Lee Miller and Nicola Kuperus haven't been sitting around idly by, they made a series of films titled the Three Grace(s) and have been working on visual art as well. But it's back to music, as ADULT. will release their fifth album, The Way Things Fall, next week (5/14) on Ghostly International. You can stream the whole album below. You can also watch a helpful video PSA by the duo on how to properly use their name -- all caps with a period at the end -- in sentences. Helpful to people who have to write about ADULT., at least. Watch it below.

ADULT. are also touring this summer and will play 285 Kent on June 8 with Black Marble, Eraas and YOU. Tickets to that show are on sale now and all tour dates are listed below.