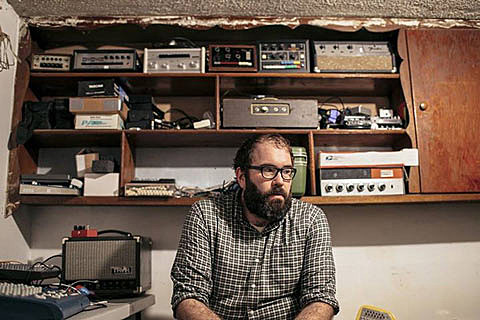 Advance Base, the current project of former Casiotone for the Painfully Alone main man Owen Ashworth, released its second album, Nephew in the Wild, in August. It's low key, low-fi folk-pop augmented by his kitchen sink electronics style and you can stream the whole album below.

You can catch Advance Base on tour this fall, including two shows in NYC: October 19 at Mercury Lounge with Amy Bezunartea, and October 20 at Silent Barn with Julie Byrne, Steve Sobs, and Small Wonder. Tickets for Silent Barn are on sale now, and Mercury Lounge go on sale Friday (9/18) at noon with an AmEx presale starting Wednesday at noon.

All dates are listed, along with the LP stream, below...

! with More Ease, Fast Femme & Fastness
* with Amy Bezunartea
# with Julie Byrne
& with Lisa/Liza
+ with Elvis Depressedly
% with Nathan K