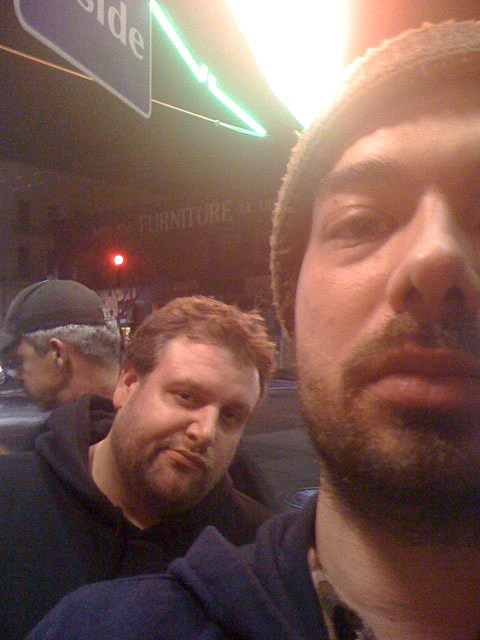 Aesop Rock will head out on tour in May with Rob Sonic & DJ Big Wiz, and though they are billed separately, it means we're getting Hail Mary Mallon aka the crew formed by the trio. The NYC show will happen at Bowery Ballroom on 5/14. Tickets go on sale at noon on Thursday (3/3). All dates and the video for HMM's "D-Up" are below.

Hail Mary Mallon is one of a few active projects for Aesop Rock. He also wrote beats for the San Francisco band Dirty Ghosts (his wife Alyson is a member). Dirty Ghosts, who played their first show last week, will kick of a string of dates with Datarock next week on the West Coast leading up to an appearance at SXSW. Check out a video for "Shout It In" below.

In addition, Aesop Rock has contributed material to the forthcoming Kimya Dawson LP, Thunder Thighs due this summer. Check out "Miami Advice" with Aesop Rock at K Records. Other contributors to Kimya's new album include Nicolai Fraiture, John Darnielle, Thao Nguyen, MURS, Jonah Matranga, Jack Dishel, Angelo Spencer and many other who are all listed below.

All tour dates and some video with the credits for Kimya's Thunder Thighs, below....

Dirty Ghosts : Shout It In

Aesop Rock - None Shall Pass live at ZeroFriends, SF

ALL I COULD DO
Kimya Dawson- guitar, vocals, keyboard