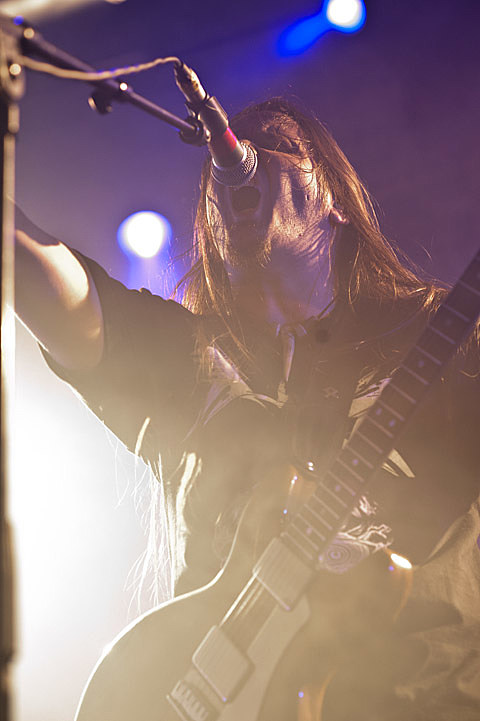 Agalloch will be on the East Coast this month for Maryland Deathfest, and will be back to the East Coast for more shows very soon. The black-metal tinged crew will hit the road for a few confirmed dates that seem to be part of a burgeoning tour, including a date in NYC with Taurus and Musk Ox at Music Hall of Williamsburg on July 26th. Tickets are currently on AMEX presale and go on regular sale on Friday (5/18) at noon. All scheduled dates are listed below.

Agalloch recently completed recording their new EP Faustian Echoes with Billy Anderson. The new EP has no release date (or releasee) officially announced, but we'll let you know when that changes. Until then, you can order your copy of The Demonstration Archive 1996-1998 on 3LP boxset to catch up on the older material. Get yours via Eisenwald.

In other news, Aesop Dekker of Agalloch (Worm Ouroboros, ex-Ludicra, etc) will team with Mike Scheidt (YOB), Sigrid Sheie (Hammers of Misfortune, Amber Asylum), and John Cobbett (Hammers of Misfortune, ex-Ludicra) for a new band recording this fall. Details of this project are currently hazy, but we'll keep you informed. In the meantime, catch Yob on Wednesday at Bell House (5/23) with a solo Mike Scheidt and Cough. Tickets are still available. Yob will also be playing Maryland Deathfest.

Check out a recent live video of Agalloch in action along with a listing of all tour dates below.