The Serpent & The Sphere album art 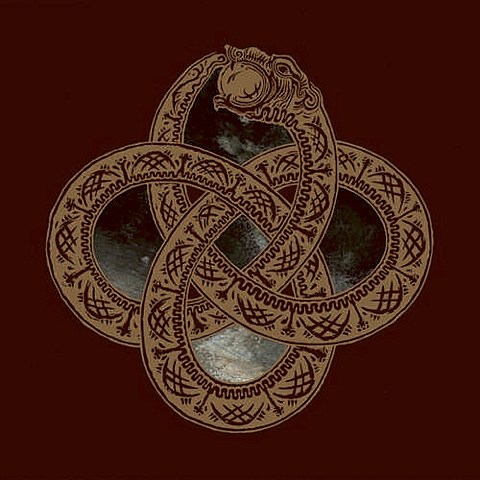 Portland, OR-based folk-inflected metallers Agalloch are streaming their newest record, The Serpent & The Sphere, in full at NPR. The long-player, Agalloch's fifth, is scheduled to be released by Profound Lore on May 13. (Preorder.) The release is the first event in a busy summer for Agalloch, who will be playing Maryland Deathfest in May and hitting the road in June.

But, back to the album: At first blush, one notices how much heavier and more metallic The Serpent & The Sphere is than recent albums such as 2010's Marrow of the Spirit. "The Astral Dialogue," in particular, builds in a way befitting an anthemic tremolo warrior such as Ensiferum. This attention to density may come from the hands of Billy Anderson, who recorded, mixed, and mastered the record. Yet, subsequent listens remove the high-decibel veils, exposing a set that's just as introspective and delicate as prior movements. When the acoustic interludes -- performed here by Nathanaël Larochette of Musk Ox -- click, The Serpent & The Sphere becomes a different experience. It's a grower.

So, of course, there's a chance you'll find that sweet spot by the time Agalloch's tour comes around. It hits NYC for an Invisible Oranges-presented show at Irving Plaza on June 30. Tickets for that show are still available, and you can also listen to the Invisible Oranges show on East Village Radio each week (Tuesdays, 10 PM - 12 AM EST) for a chance to win tickets. This week on IO EVR, we had Kirk Windstein from Crowbar on and he premiered two new Crowbar songs from the forthcoming Symmetry in Black, due out on May 27. Check out the full archived stream

A stream of "Celestial Effigy" from The Serpent & The Sphere is below...