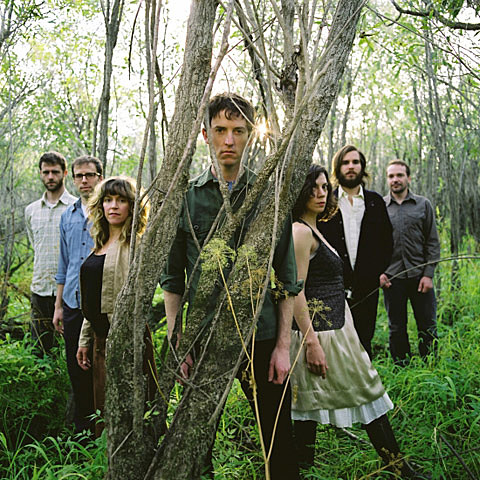 Tim Perry, the singer and songwriter behind the local band AgesandAges, has started a cult. You can join, but first you've got to drop out of society.

"The whole album is about willful isolation, a voluntary detachment from the rest of civilization," Perry says. "But it's as much of an effort to bring people into the fold as it is to keep it isolated."

Also of paramount importance is commitment. "If it makes sense to you, then let's do it full force, but don't muck up the path with negative rhetoric or with your physical presence."

Despite the tone of separatism that serves as the album's theme, the delivery of the 12 songs on AgesandAges' debut of brisk indie-folk, "Alright You Restless," is actively sunny, inducing an "Up With People" vibe. Each song is presented like an inspirational manifesto echoed by a seven-member choir attesting to the message." [Oregon Live]

Portland's AgesandAges's new LP was just released on 2/15 via Knitting Factory Records. Check out their new video for "Navy Parade (escape from the Black River bluffs)" below.

The Northwestern band is hitting the road with Olympia, Washington group LAKE for a North American tour in middle April and will descend upon NYC for two dates later that month: April 29 at Knitting Factory with Iowa's Paleo, and April 30th at Mercury Lounge with Sea of Bees. AgesandAges will also be representin' at SXSW (exact dates TBA).

All AgesandLake tour dates, that new video and more below....

AgesandAges - No Nostalgia (Live at The Woods)

AgesandAges - So So Freely (Live at The Woods) 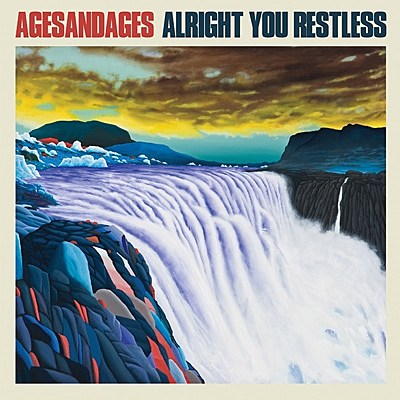