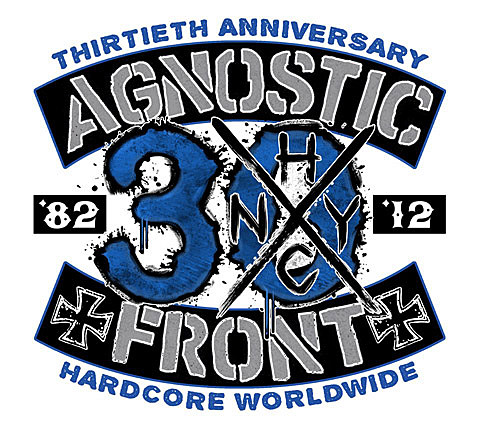 Agnostic Front are celebrating their 30th anniversary by playing the 1989 LP Live at CBGB on select dates, including at their recent shows in Long Island or Asbury Park. They'll do it again in NYC at Webster Hall on July 5th with support from Madball, Murphy's Law and Maximum Penalty. Tickets are on sale for the show which is one day before the Cro-Mags/Sick of it All show at the same space. Both shows are part of the the CBGB Festival which has badges of its own and which also recently added a Superchunk/Redd Kross show to its growing schedule.

Start the beatdown week with the Blood for Blood show at Highline Ballroom on June 30th. Tickets are on sale for that as well, and it also features The Unseen, Wisdom in Chains & Cruel Hand. Blood for Blood will also hit Club Lido in Revere, MA on June 29th.

Murphy's Law's Webster Hall appearance is one of at least two for the NYC band in the near future; they will also board the Half Moon as part of a Rocks Off boat cruise on August 12th. Tickets are on sale for what is basically an annual party on the sea (as long as the cops don't intervene)

A listing of all Agnostic Front dates and a live set from 2004, and more, below. 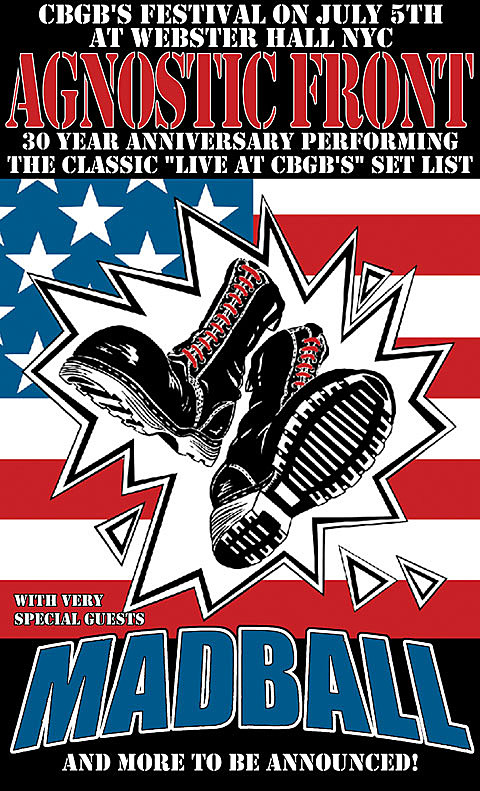