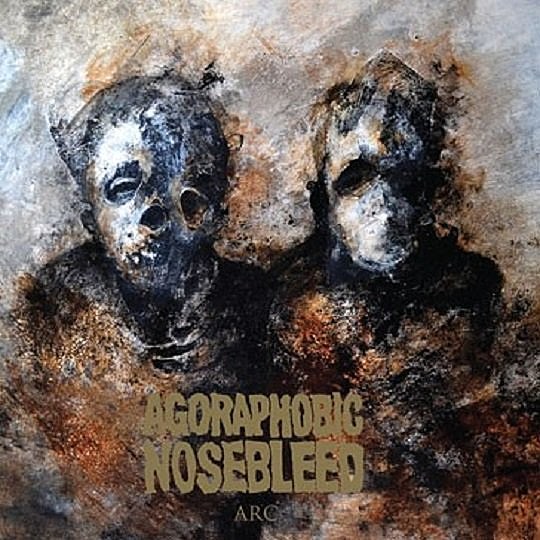 Massachusetts grindcore royalty Agoraphobic Nosebleed played their first-ever live shows this year, and now they're getting ready to release music for the first time since 2009's Agorapocalypse. Their ambitions are pretty grand; the band will be releasing four EPs, each of which represents a specific musical predilection of one of the four band members (who are guitarist extraordinaire Scott Hull [Pig Destroyer] and vocalists Kat Katz, Richard Johnson and Jay Randall).

They've released the first song from the first EP Arc, which is Kat's contribution to the cycle. The song is called "Not A Daughter," and it would appear that Kat is a big fan of Eyehategod. Her distinctive screams overlay the inimitably groovy sludge riffs that Hull breaks out for this one. For fans of Agoraphobic Nosebleed and Pig Destroyer, it's incredibly fun to hear Hull sink his teeth into these bluesy grooves. It's the kind of stuff that he usually saves for a short kicker at the end of a grind song. "Not A Daughter" is an absolute riff monster, and you can stream it below (via NPR).

Arc is out January 22 via Relapse. The band's only upcoming shows are the MDF-presented Netherlands Deathfest and France's Hellfest.