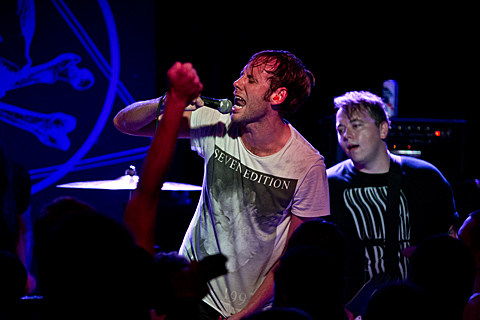 By now you've probably seen the dude in the Brand New shirt causing outrage for raising the price of a drug (Daraprim) from approximately $13.50 a tablet to $750. The drug is often used by people with compromised immune systems due to AIDS, and treats life threatening parasitic infections. The person responsible is 32-year-old former hedge fund manager Martin Shkreli who is now the founder and chief executive of Turing Pharmaceuticals. We've heard rumors about a rich Thursday fan who invested in Thursday/United Nations/No Devotion frontman Geoff Rickly's Collect Records, and it was revealed last night that Martin, the most hated man on the Internet right now, is in fact that man.

We've been waiting to hear what Geoff had to say before posting anything. He didn't immediately give a statement or tweet about it (or email us), at least in part because he was flying to Munich to start a tour as this news was breaking. We were especially interested in the situation since it just so happens our official CMJ showcase this year is in partnership with Collect Records.

Geoff broke his silence late this afternoon via a brief interview with Noisey:

My head is still spinning, and though I want to believe that there is some reason that [Martin] would do this that is some remotely positive way, the only thing I can see is that it is totally and completely heartbreaking.

I can't see my future at all in the label. I have to see what the bands want first, and see if there is any meaning or any mission following all of this. More than anything, I want the bands to see that I hold art as the guiding force in my life. Ultimately I see this going in the same way it always does, where all the artists get blamed for everything and capitalism is never held accountable. I really think that if Collect is going to be scrutinized as being capitalism, but that is how music survives. I'm not making excuses for what has happened, but there is no corner of the music industry that doesn't live and breathe from subsidies from business. It's reductive and hypocritical to hold us and only us accountable though, we are all at fault in some greater way.

Noisey also spoke to Dominic Palermo, frontman of Collect band Nothing, who told them "Nothing will never be a part of a label that involves Martin." He left a longer comment on Facebook, where he added "Like [Geoff] has helped me with my problems the past few months, I plan on helping him in anyway I can." 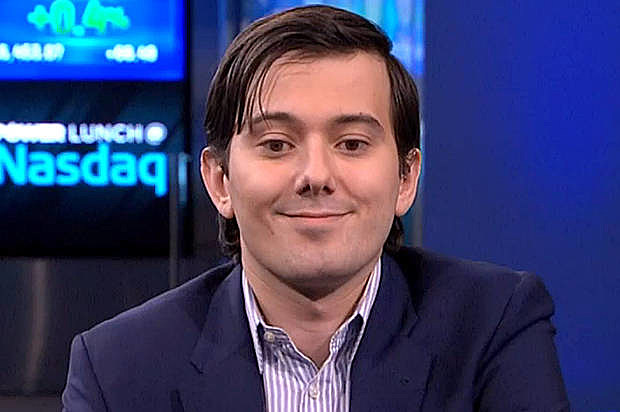 I personally 100% am NOT FUCKING OK with this guy and his business tactics. If any of you have learned anything about me through being a fan of the band, I hope that you would know by now that this kind of advantageous rich guy greed goes against everything that I stand for.

I love Collect Records. Geoff Rickly is an incredible person who I've known and admired since I was 13 years old. I stand behind him and know that he would never willingly put himself OR me into a situation like this had he been aware of what was really going on. We are going to handle this.

She also points out: "I use the word "patron" rather than "investor" because as far as I know, Martin does NOT recoop a dime from Collect Records. He essentially donates money to the label."

Another Collect band, Sick Feeling, told The FADER: "One thing is clear; as long as he has a part in the label, we, Sick Feeling, cannot. Our experience with Geoff, Norm, and Shaun has been nothing but positive, however, we cannot continue to work with Collect as long as Martin Shkreli has any part in it."

Creepoid posted a a statement too:

...we were heartbroken to come to learn that this man was a major financial contributor to Collect Records. As you all know, we released an album with Collect this past summer. From the start we have only ever dealt with people we respected and trusted (Norman, Geoff, and Shaun) and have never met, seen or spoken to Martin Shkreli.

In the whirlwind that has followed, some details concerning the future of Collect remain very blurry (see attached link). We would like to make one thing clear - we would never knowingly work with Martin Shkreli, or anybody willing to walk across the backs of the sick and dying with a smile on their face for the sake of making a profit. As long as Shkreli is involved with Collect Records, directly or indirectly, we cannot be.

Collect employee Norman Brannon (of Texas Is the Reason) has yet to comment, but did say "I haven't said anything because I was blindsided and because I am not interested in writing hot takes when everything is already on fire."

Well, whether it was because of Geoff or one of the bands or the entire Internet or Hillary Clinton, it looks like Shkreli has actually backed down. CNBC reports that he's given in and lowering the price as a reaction to the outrage:

Yes it is absolutely a reaction -- there were mistakes made with respect to helping people understand why we took this action, I think that it makes sense to lower the price in response to the anger that was felt by people.

It's very easy to see a large drug price increase and say 'Gosh those people must be gouging,' but when you find out the company is not making any money, what does that mean?

And I think in the society we live in today it is easy to want to villainize people, and obviously we are in an election cycle where this is very tough topic for people and very sensitive. And I understand the outrage.

Shkreli, who over the past two days has been tweeting in his own defense while countless people were tweeting death wishes at him, has now made his account private (which means you can no longer see the picture of Pianos Become The Teeth he tweeted from the front row of one of the BrooklynVegan SXSW shows at Red 7 this year) (a fact we learned in the Bullett article) (and a show United Nations also played). No word yet on what price he plans on lowering it to.

As you may know, we're big fans and supporters of Geoff Rickly, his various bands, his label, and the bands his label has signed. We wish the best for him, Norman and Shaun, and hope they work this all out. As mentioned above, we announced earlier this month that we're co-presenting a CMJ showcase at Baby's All Right with No Devotion, Nothing, Wax Idols, Creepoid and Foxes In Fiction. From a purely musical point of view, we hope this show goes on, as we were really looking forward to the whole night. We'll keep you posted if anything changes with that though.