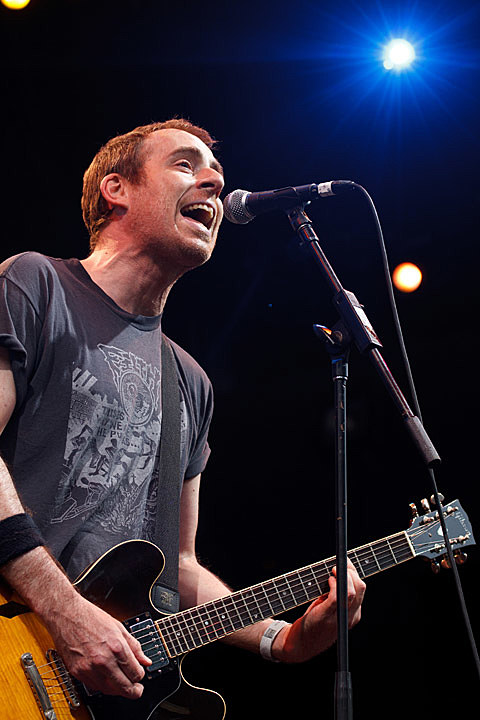 As reported previously, Aimee Mann will embark on a North American tour that lasts from late September through middle November. The shows include an NYC stop at Town Hall on October 27 and tickets are on sale now. It's just been announced that fellow friend of comedy Ted Leo (who is working on a new LP) will open for that show,  as well as many other dates on the second half of that tour. He'll be playing solo. Field Report open on the first leg.

The tour starts shortly after the release of Aimee Mann's The Charmer, which is out on September 17. Five years in the making, The Charmer is influenced by the ""super pop of the '70s and '80s." See how that description fares in the title track above, and preorder that via her site now.

Field Report (aka Chris Porterfield) releases his debut LP on September 11 via Partisan Records., Check out the track "Chico The American", along with all tour dates, below...