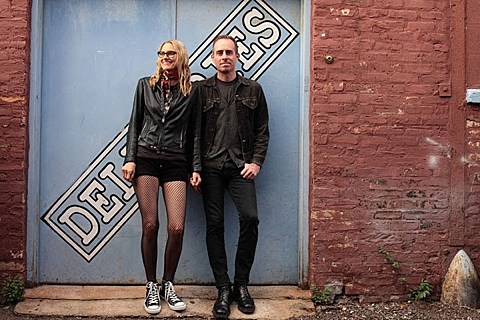 After Aimee Mann and Ted Leo announced their collaborative project The Both in early 2013 (following a 2012 tour together), they're finally ready to release their debut self-titled album on April 15 via Superego Records. Rolling Stone just premiered the album's first single, "Milwaukee," which is the kind of melodic alternative rock you'd expect from an Aimee Mann/Ted Leo collaboration, and a pretty enjoyable tune. You can stream it, along with the album tracklist, below.

The Both recently announced NYC shows happening on April 29 at Bowery Ballroom and May 1 at Music Hall of Williamsburg, and since we last spoke, a full tour has been announced. Tickets for the NYC shows go on sale today (1/24) at noon.

All dates are listed, along with the song stream and tracklist, below...