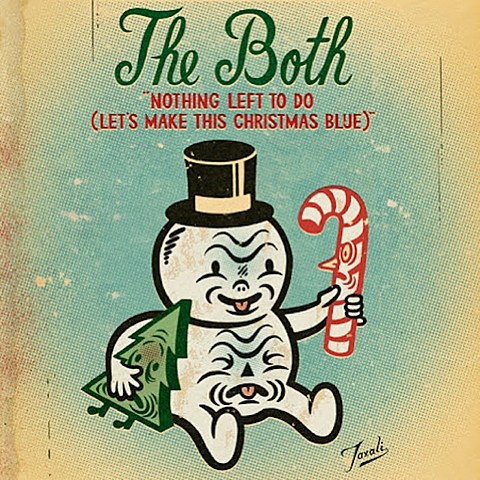 As discussed, Aimee Mann and Ted Leo (aka The Both) are playing Christmas shows this December, including three in the NYC area -- 12/10 at Tarrytown Music Hall (tickets), 12/12 at The Space at Westbury (tickets) and 12/13 at NYC's Town Hall (tickets).

Since we last spoke, guests have been added to those shows. Susanna Hoffs of The Bangles, who Aimee recently performed with at a Big Star tribute (videos below) and who starred in The Both's "Volunteers of America" video, is on almost all dates. The NYC-area shows will also include geek rocker Jonathan Coulton. Other dates on the tour include comedians Paul F. Tompkins (Mr. Show, Real Time with Bill Maher, Best Week Ever), Tim & Eric's Tim Heidecker and Daily Show correspondent John Hodgman. Updated dates are listed below.

Aimee and Ted also released a new Christmas song called "Nothing Left to Do (Let's Make This Christmas Blue)." You can download that on iTunes and stream it via Spotify below.