Aimee Mann at MHOW in January (more by Dominick Matrangelo) 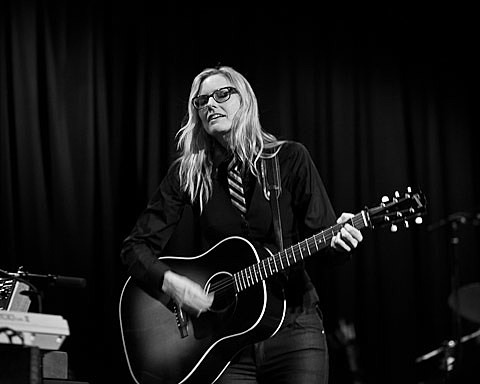 As mentioned, Aimee Mann and Ted Leo are touring together this fall and are hitting NYC for a show on October 27 at Town Hall. Tickets for that show are still available, but if you'd like to catch Aimee and Ted (who will be playing solo) in a smaller venue, you're in luck because they just announced that after the Town Hall show they'll play Bowery Ballroom on October 29 and Music Hall of Williamsburg on October 30. Tickets for the newly added shows go on sale Friday (8/24) at noon with an AmEx presale starting Wednesday (8/22) at noon.

Aimee Mann recently made a video for the title track off of her upcoming LP, Charmer. You can watch that video and check out a list of updated dates below.