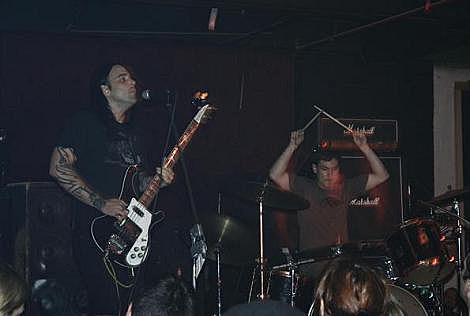 On September 8th, Drag City will proclaim that God is Good. The duo of Al Cisneros (who recently played his final show in Sleep) and Emil Amos (also of Grails/Holy Sons) will release their new four track LP of that name, their first LP together and the first Om LP since 2007's Pilgrimage. More details on the Steve Albini-produced album to come. 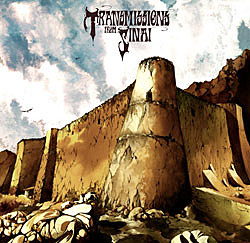 In addition to the new Om album, Al Cisneros has also helmed a new compilation for Arthur Magazine. Entitled Transmissions from Sinai and featuring art from the legendary Arik Roper, the disc contains contributions from some of the usual Cisneros suspects (Current 93, Scott Kelly, Holy Sons, Grails, Wino) as well as previously unreleased tracks from J. Mascis, Six Organs of Admittance, Lichens, and Sir Richard Bishop. The full tracklisting is below. For more information and to order that disc, head to Arthur.

A few contributors to Transmissions From Sinai will be in NYC in the VERY near future! Lichens has a show at Cake Shop on June 15th with New Zealand's Bachelorette and Pikelet. 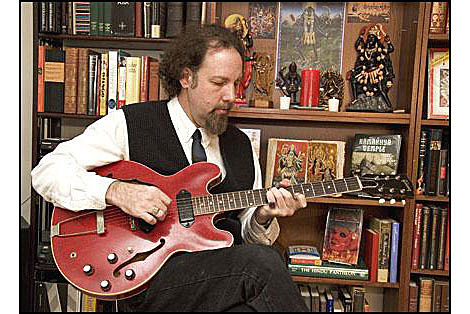 Arthur CD contributor, Sun City Girl, and Om's Drag City label-mate, Sir Richard Bishop double teams NYC in the coming days, with a show on June 13th at The Studio @ Webster Hall with Zaimph, and then two nights later with Bill Callahan (and a BV photo show) at MHOW. Sir Richard Bishop's new album THE FREAK OF ARABY was released by Drag City in May. All of his tour dates are below.

Om's previously mentioned live document, Live Conference, will be released (vinyl only!) via Important Records in the coming weeks.

Grouper recently toured with Animal Collective, and has a few additional tour dates in the Northwest laid out through the summer.

All tour dates and stuff below...