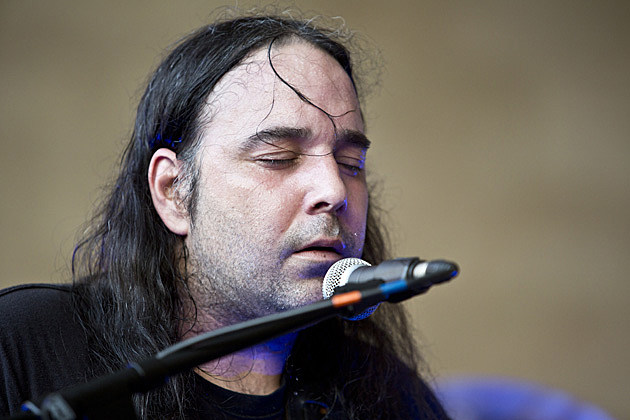 Al Cisneros of Om/Sleep/Shrinebuilder quietly released a pair of 7"s on his own Sinai imprint, but now is preparing to go wider with a new effort with Drag City. The solo venture features a pair of tracks on a 10", "Arc Procession"/"Jericho," and is very evocative of the material he has produced with Om, yet leaning heavier on the drone side. Stream the A-Side below alongside his entire solo discography.

In related news, Grails (which features Emil of Om) has also released a new track from their forthcoming Black Tar Prophecies 4,5,6 titled "Self-Hypnosis". Stream that below, and look for them on the road this fall.