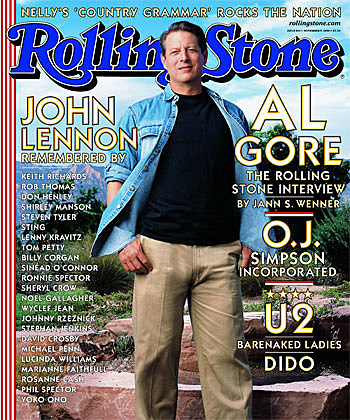 NEW YORK -- Organizers today announced sixteen of the headliners who will perform at the U.S. leg of the 7-continent, 24-hour Live Earth concerts on 7/7/07. The concert will be held at Giants Stadium in New Jersey, Live Earth Founder and Executive Producer Kevin Wall said. Tickets for the show go on sale Monday, April 16 at 10 a.m. EDT. "Capping Live Earth with a blockbuster show like this will ensure we meet our challenge of building a mass audience to combat global warming," Wall said. "Live Earth will be a monumental event both in terms of entertainment and in turning the tide against global warming."

The global concert on 7/7/07 will begin in Sydney and continue across all 7 continents, concluding with the U.S. show.

Tickets go on sale at 10 a.m. EDT on Monday, April 16 and will be available at livenation.com/liveearth or by calling Ticketmaster at (212) 307-7171. All ticket information is available at LiveEarth.MSN.com. All proceeds will go to The Alliance for Climate Protection and other international NGOs.

Live Earth is a monumental music event that will bring together more than 2 billion people to combat the climate crisis. Live Earth's 24 hours of music across 7 continents will deliver a call to action and the solutions needed to answer the call. Live Earth marks the beginning of a multi-year campaign led by The Alliance for Climate Protection to move individuals, corporations and governments to take action.

Exclusive online media partner MSN is helping Live Earth reach people in every corner of the globe. The concerts will be streamed live on 7/7/07 at LiveEarth.MSN.com. MSN's 39 localized web portals worldwide attract 465 million monthly users. The concerts will be broadcast on the NBC in the U.S. and on more than 120 networks around the world.

Wall also announced that smart car, Stonyfield Farm and Pepsi have joined Live Earth as corporate partners. In addition to working with Live Earth to create corporate efforts to combat global warming, this growing list of partners will help ensure a mass audience for Live Earth is reached. These efforts will be detailed at a later date.

Live Earth is produced by Control Room, of which Kevin Wall is the CEO. Control Room has produced and distributed more than 60 concerts since its founding in 2005 featuring Beyoncé, Madonna, Green Day and the Rolling Stones, among others.

This July CitySol and I are also trying to organize our own little concert for the environment right here in NYC. Sponsors and bands still needed.