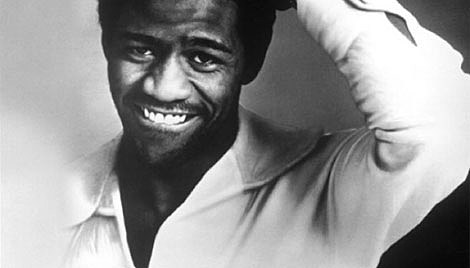 "There is no limit of words to explain how great this concert was. Al was hotter ;)shall I say than fried grits. His performance was beyond the best. He still has the moves, voice, looks, and energy... -wilfranmarcha

The Al Green concert in Woodway, TX. on August 21st was almost all I had hoped for after being a big fan for so many years. There was so much screaming and love for the man that I could hardly hear his singing. Still, I was so close to Al Green who seemed to be in great form. Loved those twin male dancers too! Want to see and hear Al Green at the Bass Hall in Fort Worth so I can actually hear the singing! -Erika
[two commenters @ Waco Trib, re: Al's Aug. 21 show in Waco, TX]

Above are two views of the kick off show of Rev. Al Green's current tour, the first of which favorably compares Al's live show to, uh, that time he got burned with boiling grits by a woman who later committed suicide....

The tour's second leg in October includes a two-night run at BB King's on October 16th and 17th. Tickets are on sale. All tour dates, with videos, are below...

FOR THE GOOD TIMES / AL GREEN

Al Green "How can you mend a broken heart"