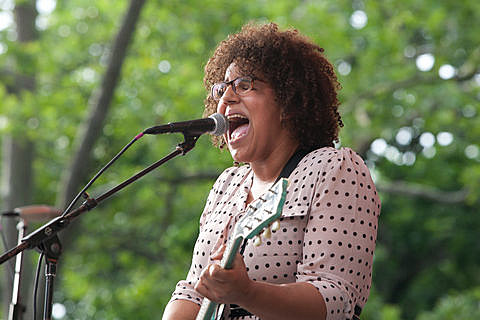 Alabama Shakes have been having a pretty great year. In only a matter of months, they went from having some out of nowhere success to selling out Bowery and Music Hall to filling a free Central Park show to capacity, and then appearing on Fallon right after. Now they've announced another tour which brings them back to NYC for a headlining show at Terminal 5 on October 4. The tour is being supported by Fly Golden Eagle. A pre-sale begins Wednesday (7/11) at noon and Tickets for the T5 show go on sale to the general public on Friday (7/13) at noon.

The band are also set to perform on "Jimmy Kimmel Live" on August 13.