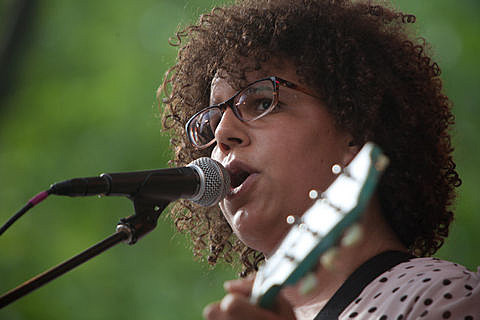 One of the biggest success stories of 2012 was blues rockers Alabama Shakes, who quickly escalated from selling out relatively small shows to much larger ones in a matter of months. They're already showing up on multiple year-end lists, and are sure to end up on more, but we reached out to them to see what their year-end list is.

Alabama Shakes' Best LPs of 2012 list includes some associates like Fly Golden Eagle, who they took on tour with them, and Jack White, who took the Shakes on tour with him. It also includes another supporter of theirs, Patterson Hood, who also took them on tour, and Deer Tick/Los Lobos side project Diamond Rugs, who they played with at Central Park.

Some other great albums are on there too. You can check out the whole list and a performance and interview video of the band filmed in Chicago. below...