Todd Barry at MHOW in 2010 (more by Chris Gersbeck) 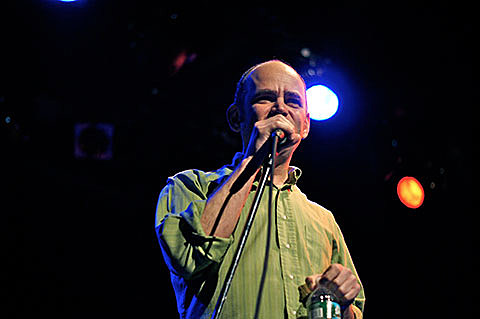 If you want to go June 27th, you should probably act quick because the "very special musical guest" on that one (as it was listed before today) has been revealed as Ted Leo. The bill also includes comedy superstar Wyatt Cenac, so it's a great one all around. Ted also plays a free headlining show on July 9 at South Street Seaport. Ted recently performed a new song in 'Room 205' which you can listen to at their site.

Todd Barry, who is on tonight's Littlefield show, also plays a headlining show at Maxwell's on July 31 with Ted Alexandro. Tickets are on sale. Todd also plays at this month's Mr. Coconuts Comedy show at Union Hall (6/21). The new monthly comedy show (which I think started in May) is hosted by Gabe Delahaye and the June bill also includes Gabe Liedman, Jessi Klein and more. Tickets are on sale. 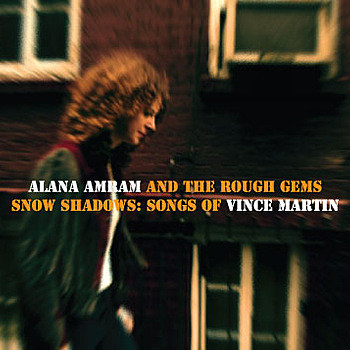 Adira Amram is part of the very musical Amram family, much of which just played Bruar Falls. Adira's sister Alana (their father is composer David Amram), the force behind Alana Amram and the Rough Gems, is releasing Snow Shadows: Songs of Vince Martin on June 21. Vince Martin is a NYC folk singer who got his start in the late '50s recording with The Tarriers and with Fred Neil in the '60s. Martin was more recently discovered by Thurston Moore who he has since performed with. Alana stumbled upon him on her own though. She told WNYC:

I got pretty heavy into Greenwich Village, urban, folk musicians who I felt that I could really relate to a lot of their stories. I ended up moving down to New York City and here I am, kinda this country kid isolated, trying to find my way. And I'm playing in a bunch of rock and roll bands, everything's loud and crazy. And then I discover Fred Neil. He did that song "Everybody's Talkin' At Me," the theme from Midnight Cowboy. That led me to finding Karen Daulton who eventually led to Vince Martin. Now, he's my really good buddy and I'm really lucky to get access...to this cannon of songs that have been lost and kind of hidden.

Alana was scheduled to play Maxwell's tonight (6/13) with Carrie Rodriguez but that show is cancelled. She does have other upcoming local shows though. Those include a country folk Northside showcase on June 16 at Teddy's Bar with Carrie Ashley, June 30 at Union Pool, the Clearwater Festival, and August 18 at Union Hall with Frankpine and Doc Marshalls. Tickets for the Union Hall show are on sale.

Listen to two songs off Alana's new album below...