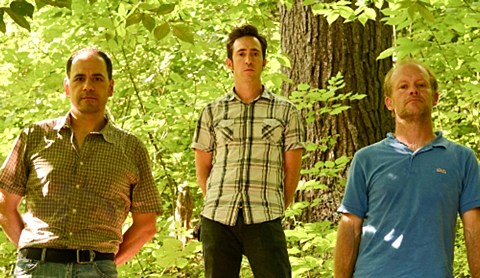 Alarms and Controls is the new-ish band formed by Chris Hamley and Vin Novara of '90s-era Dischord bands Circus Lupus and The Crownhate Ruin, respectively (among others). It certainly sounds like the kind of thing that could've come out on Dischord in the '90s, with stop-start rhythms and off-kilter melodies not far removed from Shudder to Think or The Dismemberment Plan. And like many of the other current projects from Dischord vets (The Evens, Deathfix, etc), it's a similarly rewarding listen to their earlier bands. Alarms and Controls' debut LP, Clovis Points, was produced by Jawbox frontman J. Robbins, and it will be out on Dischord (and co-released by Lovitt Records) on November 19 (pre-order).

The album's first single, "Khmer Avatar," makes its premiere in this post, and you can listen to it, along with the album artwork, tracklist, and the band's list of tour dates (none in NYC), below... 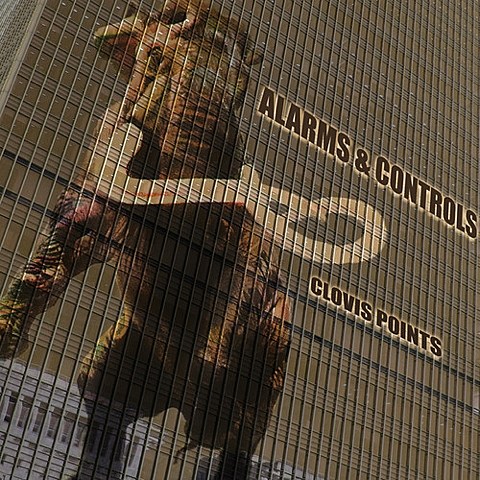