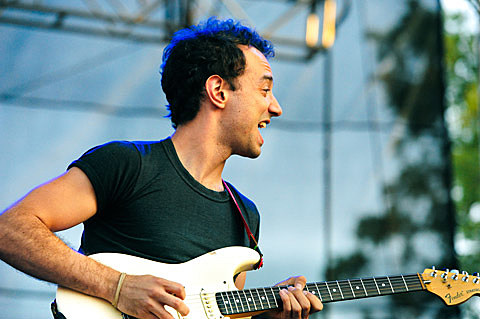 As discussed, young British up-and-comer Jake Bugg is touring North America in 2014, and since we last spoke, Strokes guitarist Albert Hammond Jr. was added to that tour. He'll be opening most dates, including the NYC stop on January 10 at Terminal 5, which also includes openers The Skins. Tickets for that show are on sale now. All dates are listed below.

After putting his solo project on hold for a couple Strokes albums, Albert returned with a new solo EP, AHJ earlier this year. You can watch the video for that EP's track "St. Justice," along with the list of tour dates, below...