photo: Alcest at Public Assembly in 2012 (more by Greg Cristman) 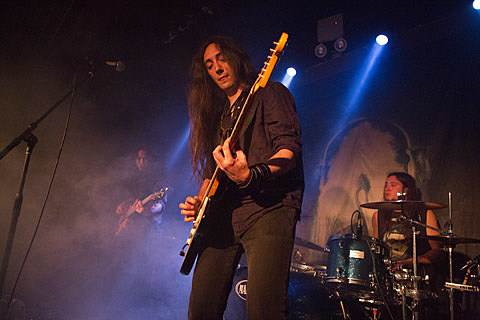 French metalgazers Alcest are returning to North America for a tour here in late summer/early fall, and making it an excellent double bill is the dark singer/songwriter Emma Ruth Rundle.

The tour hits NYC on September 22 at Highline Ballroom. Tickets for that show are on AmEx presale now. All dates are listed below.

Emma Ruth Rundle also fronts the band Marriages, who recently put out their very good debut album Salome on Sargent House. Their tour with Creepoid hits NYC on July 24 at Music Hall of Williamsburg with Geoff Rickly. Tickets for that show are still available.

Listen to some Alcest and Emma Ruth Rundle highlights, with the list of dates and the tour flyer, below... 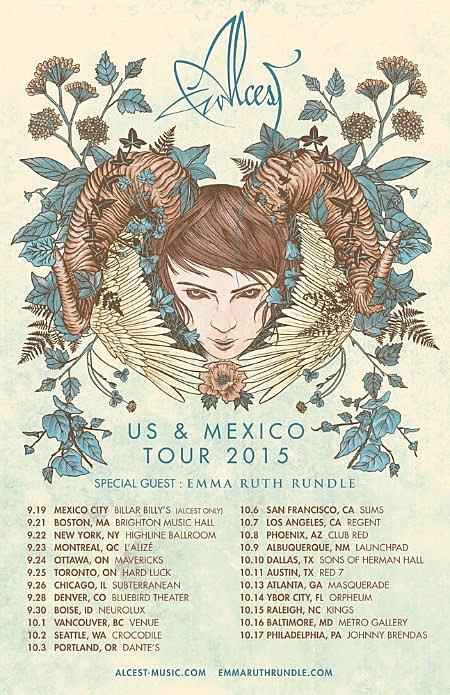