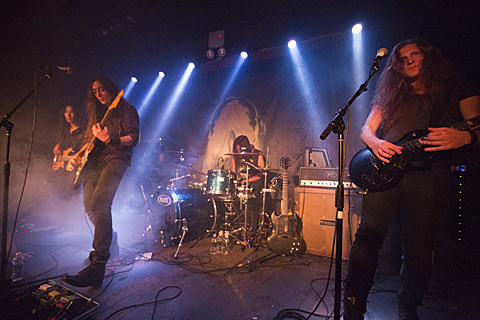 Metal-gone-shoegaze-rs Alcest will head out on the road with Anathema and Mamiffer (with Aaron Turner of ex-Isis/Old Man Gloom) this fall. The dates kick off on the East Coast bearing west by early October, and include Gramercy Theater on September 14. Tickets are on sale.

Ex-Peste Noire member La Sale Famine de Valfunde has some controversial words (shocker!) to say about the band, and you can read excerpts from it at Invisible Oranges.

Alcest's last US tour, spring of 2012, featured Deafheaven as support. Tickets are still available for that band's show with Marriages at 285 Kent on July 4 ( July 2 at Saint Vitus is sold out).

All Alcest dates are listed, plus a song stream, below.