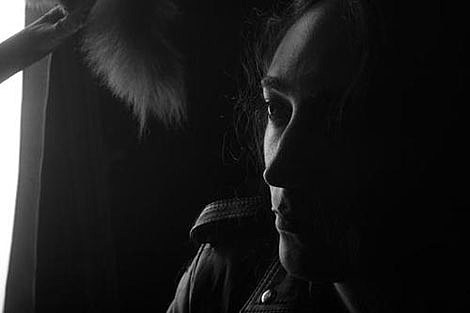 Alcest is a French band created by Neige (also in Amesoeurs, Peste Noire and Forgotten Woods) in early 2000. ...The first chapter of this journey was Le Secret EP, which was released in 2005 by Drakkar Productions. In 2007, Neige agreed to a contract with the German label Prophecy Productions and released Alcest's debut album Souvenirs d'un autre monde the same year. All music/lyrics/artwork are deeply linked to Alcest's concept and aim at depicting that "place" and the ecstatic feelings one can experience there. This project is a real quest, a perpetual wandering through unknown regions, the hope of which is to shed some light on some mysteries of this esoteric experience.

Even though Neige has decidedly black metal roots, Alcest has a lot more in common with the dream pop of Cocteau Twins than the buzzsaw guitars of Darkthrone, as exhibited on the critically acclaimed (and awesome) Souvenirs D'un Autre Monde. As previously mentioned, now Alcest is prepping to release a new album, Écailles De Lune, due on Prophecy Productions at the end of this month and currently up for preorder. The release will serve as a launchpad for "Lunar Abysses Over North America", a short tour in April which includes The Studio at Webster Hall on 4/29 with Woe and Have a Nice Life. Tickets are on sale.

Full tour dates, tour flyer and a youtube clip of "Écailles De Lune (Part I)" from the new album are all below. 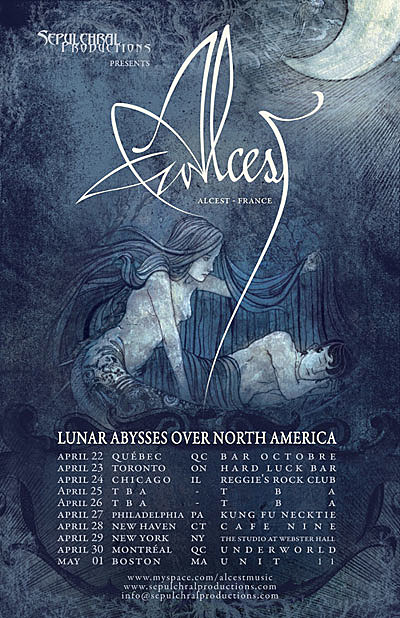