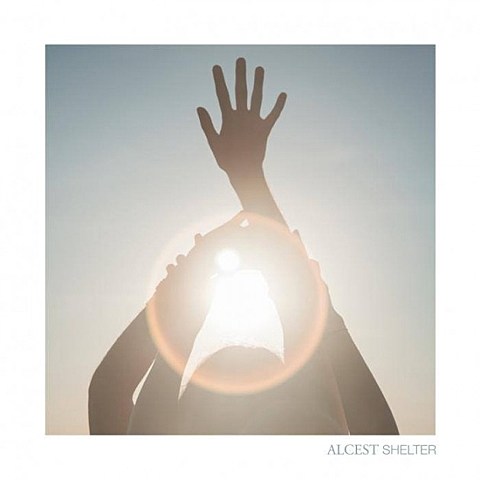 For their painfully pretty new album, Shelter, Alcest left any traces of the metal elements that were once an integral part of the band's black metal dreamscape sound at the studio door. The stylistic change was made before pen was put to paper--main man Neige and drummer Winterhalter seem pretty keen on driving home the idea of a metal-free Alcest, a version of a much beloved band that just a few years ago didn't seem so immediately possible. (The duo's black metal pedigree is deep and I, for one, didn't realize that, according to Metal Archives, the two were part of 2012's brutal old-school debut from Glaciation, 1994. That's in addition to better-known work with Peste Noir and Forgotten Woods, and even dalliances with Celestia and more.) But it always was possible, as undercurrents in Alcest and Alcest-affiliated bands Amesoeurs, Lantlôs and Les Discrets indicated. It's something that Neige has been thinking about for some time.

Metal-less Alcest will probably appeal to a new batch of fans. As has been said elsewhere, Shelter is more shoegaze/post-rock than anything else, a sparkly collection of ethereal songs that brings to mind a mix of Alcest's previous melodic tendencies combined with the stylings of bands like Explosions in the Sky and Slowdive. Slowdive's Neil Halstead even guests on lead vocals on the song "Away", a somewhat out of place track on an album recorded by Sigur Rós producer Birgir Jón Birgisson that otherwise keeps the pre-morning-beach/forest-wandering dream alive.

The whole thing is streaming over at Pitchfork and is due out on January 21st on Prophecy Productions. Read a review of the album on Invisible Oranges, and watch the video for "Opale" below.