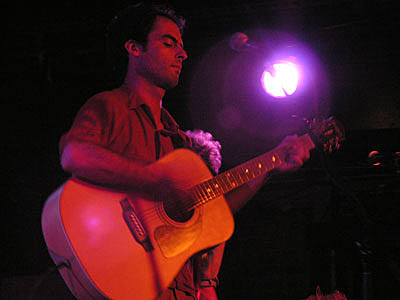 Last night's (Aug 30, 2005) Alec Ounsworth & The Pelican Picnic show at Mercury Lounge turned out NOT to be a secret Clap Your Hands Say Yeah gig. It wasn't his solo singer-songwriter act either. It was what appeared to be a brand new band, though it's unclear if Alec wrote all the songs himself. It's also unclear whether the band, that featured members of NYC's IDA, are keeping the "Pelican Picnic" name. Alec said something like "I'm Alec Ounsworth, and tonight this is the Pelican Picnic," as he pointed to the band who he never introduced otherwise. 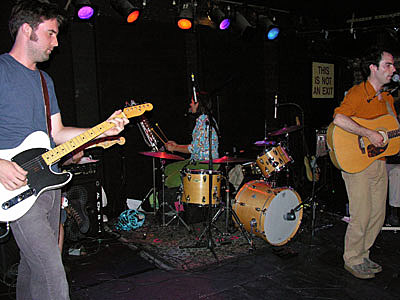 I anticipated a mob scene at Mercury Lounge, afterall the rumor that it might be a secret CYHSY show even reached the daily amNewYork newspaper. The chalkboard outside the club made it pretty clear that Pelican Picnic was not Clap Your Hands. Perhaps people turned away when they saw that. The venue was about half-full (100 people?) for their set. Half-full is still pretty impressive considering Pelican Picnic only exists on the Mercury Lounge calendar. Obviously people were there because of Alec's Clap Your Hands fame (or to see Clap Your Hands), and the band's lack of communication about the show anywhere (including Alec's personal site) gave me the impression they were fine with that. 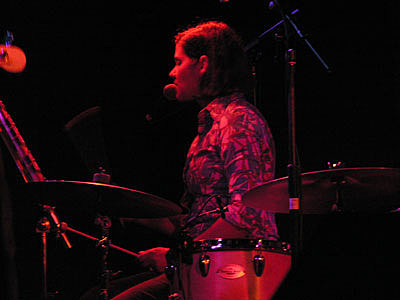 Imagine a country-western Clap Your Hands. Imagine a female voice accompanying Alec's (the drummer also sang). Imagine more Bob Dylan than Talking Heads. That was Pelican Picnic. It was good. 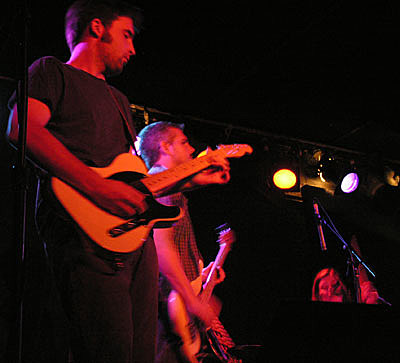 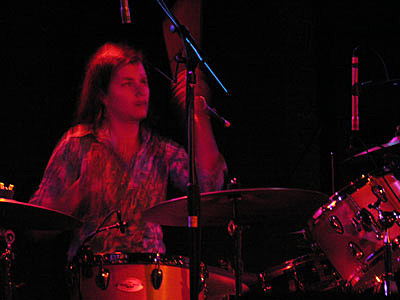 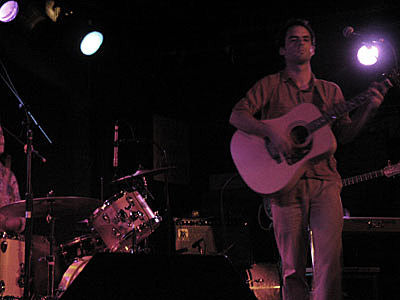 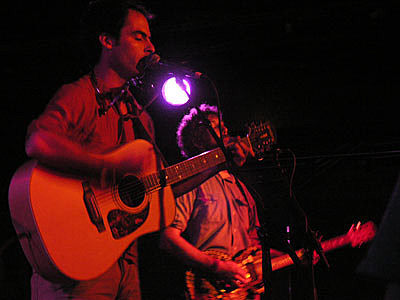 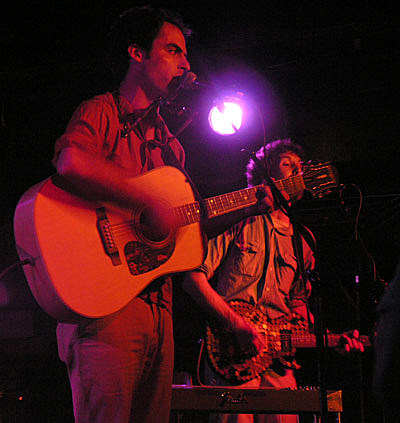 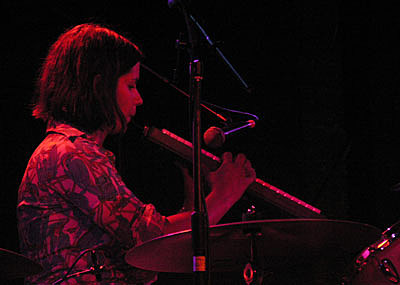 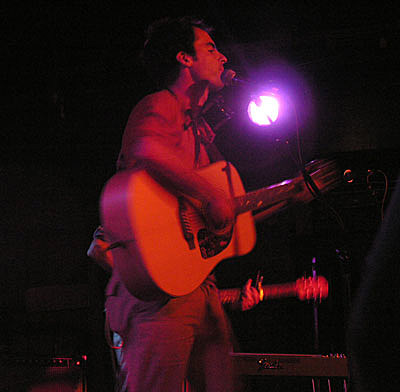 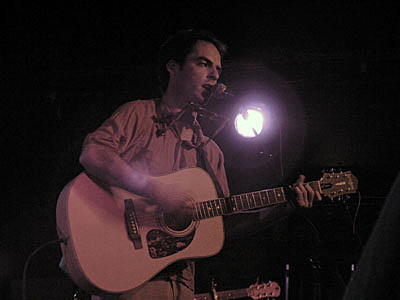 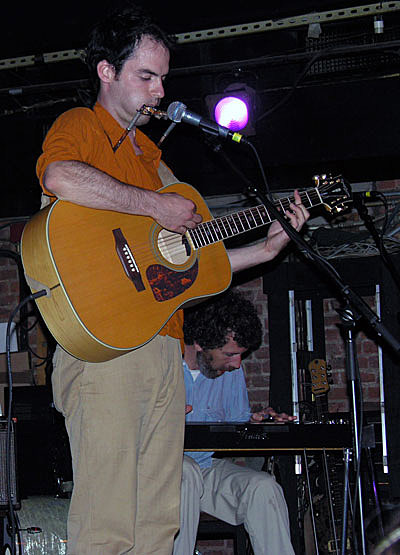 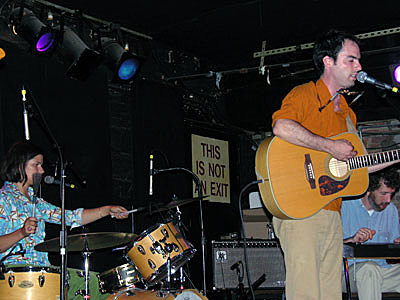 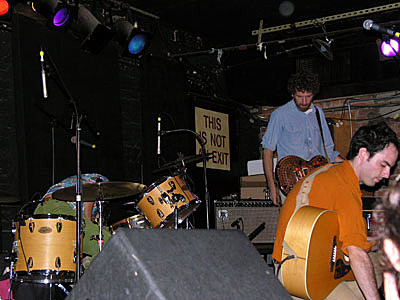 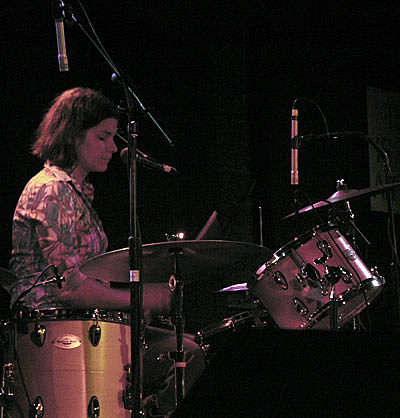 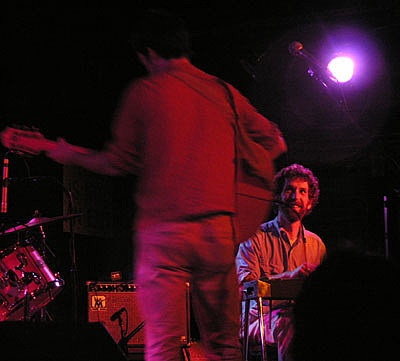 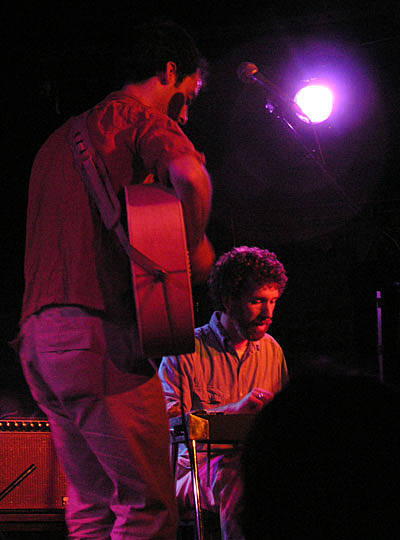 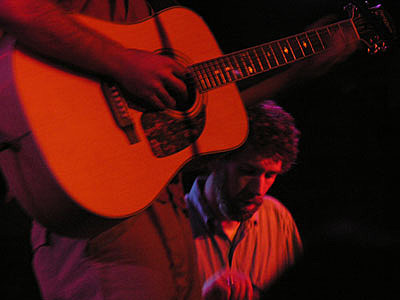 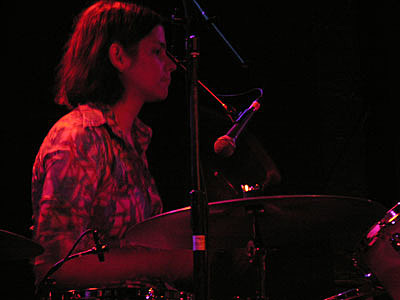 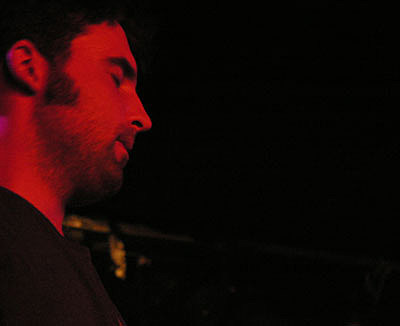 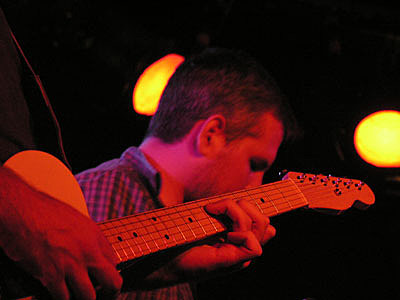 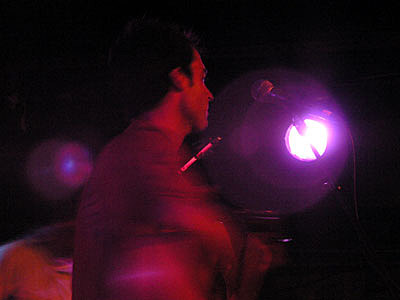 More on this show at Yeti Don't Dance