While I was at the Winter Garden watching people like Martha Wainwright cover Bruce Springsteen songs, Nick (BrassBonanza) was over at Tonic checking out Clap Your Hand Say Yeah's Alec Ounsworth cover Loudon Wainwright with the band previously known as Pelican Picnic. Here's his review and pics... 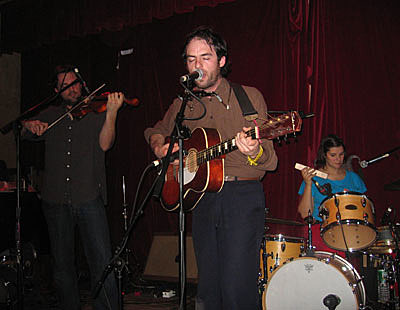 'Alec Ounsworth played to a sold out crowd at Tonic last night. He performed his solo/non CYHSY material, which I loved. It showcased his lyrics more and the songs were arranged more like folk/country/rock tunes, as compared to Clap Your Hands Say Yeah tunes. He didn't preform any CYHSY material, kind of. When they were 'Live on WOXY Radio,' they played a new song called, "Cigarettes." I've been listening to that song a lot lately, so to hear it at the show was a treat.

The packed crowd drew him out for a solo performance of Loudon Wainwright's, "Motel Blues," to end the night. He said the album would be out in a few months, but I don't know how serious he was. It was a great performance by a great song writer.' 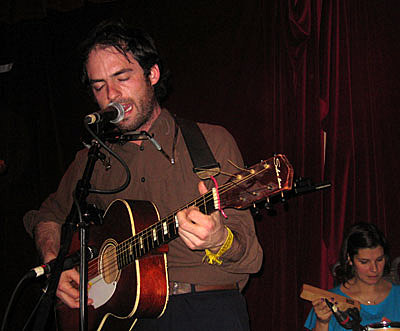