photo: Alejandro Escovedo at The Cap in March 2015 (more by PSquared) 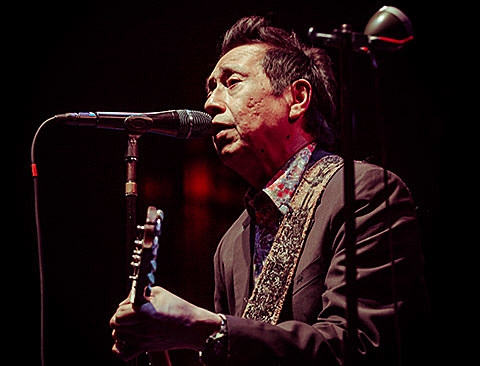 As he's done in past years, Alejandro Escovedo will be playing a three-night residency at City Winery on January 21, 22 & 32. Last January, he played some of his old albums in full, although there doesn't appear to be any word yet on special plans for the 2016 sets. Tickets for all three shows are on sale now.

Escovedo is currently on tour, though there aren't any other currently announced dates around the City Winery shows. All upcoming dates are listed below.