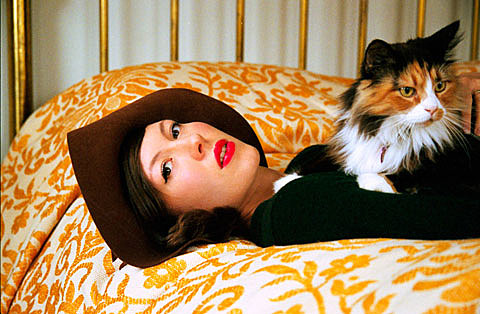 Portland folk singer Alela Diane and her band Wild Divine are currently on tour with The Parson Red Heads, which comes to an end in early July. The tour, in support of Alela'a new Rough Trade-released record, hits NYC tonight (6/17) at City Winery and June 18 at Knitting Factory as part of the Northside Festival. Dry The River are also on the Brooklyn bill.

Alela has also been revealed as the opener on the previously announced Fleet Foxes tour this July. Fleet Foxes cannot wait. The tour doesn't include any NYC dates, but tickets are still available for Fleet Foxes' September 24 Williamsburg Waterfront show with The Walkmen.

Alela and Wild Divine played Housing Works Bookstore Cafe back in March. Check out a video from that performance, and more dates (including MusicfestNW) below...