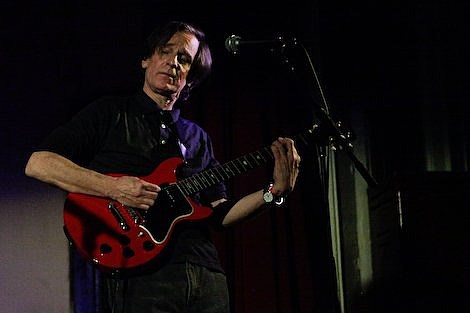 The singer, songwriter and guitarist was 59.

"I'm crushed. We're all just crushed," said John Fry, owner of Memphis' Ardent Studios and a longtime friend of Chilton's. "This sudden death experience is never something that you're prepared for. And yet it occurs."

Chilton had been complaining about his health earlier Wednesday, Fry said. He was taken by paramedics from his home to the emergency room but could not be revived.

Chilton and Big Star had been scheduled to play Saturday as part of the South by Southwest festival in Austin, Texas. [Commercial Appeal]

Such sad news that rippled through Austin last night. The Saturday night show may instead turn into a tribute, but nothing announced yet. Big Star played Brooklyn in November. RIP Alex.