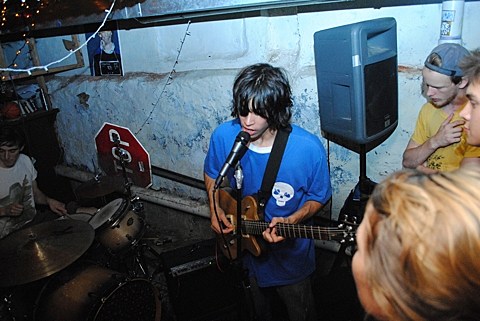 20-year-old Philly singer/songwriter Alex G has a vast discography with multiple releases dating back to 2010. On his two most recent LPs, Rules, and Trick, he captures the essence of songwriters like Elliott Smith and Isaac Brock, while combining elements of psychedelia and experimentation. On record, he plays almost all the instruments himself, but live he's joined by a full band, who add a sense of fullness not heard on his lo-fi recordings. You can catch him with that band in NYC when they play Knitting Factory on January 5 with Great Caesar, The Guru and Cold Fronts. Tickets for that show are on sale now. It's his only announced date at the moment.

Maybe you caught him in NYC last month when he played the Birdtapes Halloween party at Silent Barn with Boy Crush (Sean from High Pop), Trace Mountains (Dave from LVL UP), Shelf Life (Scotty from Olive Drab), and Starry Cat (Sam from Julia Brown).

Also on that bill was likeminded songwriter R.L. Kelly (aka Rachel of Kiss Kiss Fantastic), who Alex recently released a split with on Birdtapes, which you can stream below.

R.L. Kelly is also featured on a new compilation tape put together by the THE LE SIGH, a new zine and blog highlighting women in music and art, which Birdtapes is also releasing. Other artists featured on the tape include Potty Mouth, Priests, and Frankie Cosmos. The compilation is in honor of The LE SIGH zine's debut issue, which will be celebrated with a launch party at Silent Barn on November 17. Frankie Cosmos is playing the party, along with Baby Mollusk, Lizard Kisses, and Whatever, Dad. The zine+tape bundle will be available to purchase at the show, and gets released online the next day (11/18).

Flyer for that party, along with song streams and live videos below... 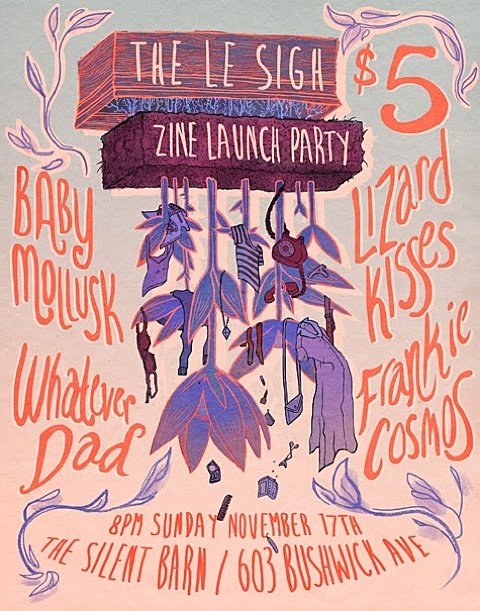