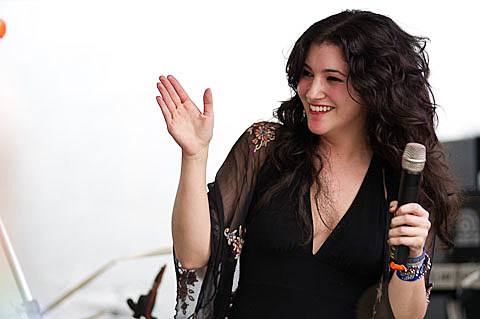 NYC singer Alex Winston has been keeping pretty quiet lately. It's been about a year since her last hometown headlining show, but that will change on September 21 at Glasslands when she plays the Brooklyn venue with The Echo Friendly and DJ sets from Connor Hanwick (The Drums) and Peggy Wang (Pains of Being Pure at Heart). Tickets for that show are on sale now.

Lia Ices at Mercury Lounge in 2009 (more by Tim Griffin) 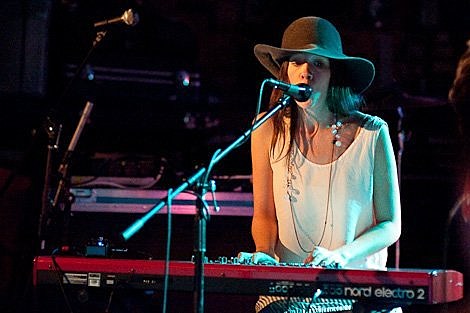 Meanwhile, another NYC singer that it's been even longer since we've heard from is Lia Ices. She'll be at Glasslands (9/24) three days after Alex. No openers announced for that one yet. Tickets are on sale now. The video for her song, "Daphne," which features guest vocals from Bon Iver's Justin Vernon, is below.

That same week, as discussed, Nashville's Torres plays Glasslands (9/25) too. And since we last spoke, NYC singer (plus fellow Sharon Van Etten pal) Natureboy was added to that show. WET is on the bill too, and tickets are still available.

Natureboy's new album, The Sweep, came out last week (7/23). You can stream that in full, along with the Alex Winston and Lia Ices videos, below...