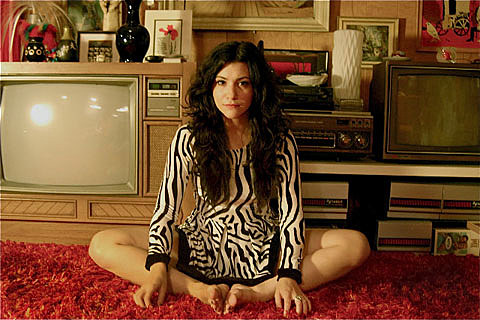 Detroit singer-songwriter Alex Winston is starting the new year with a few shows before heading out to Europe in February. She'll be in Brooklyn tonight, January 9th, at Public Assembly for the Communion launch party with Emil & Friends, Marques Toliver, Pearl and The Beard, Bobby Long, and Simone Felice. Alex is the headliner, and there will be DJ sets by The Knocks, Neon Gold and Sean Glass.

Communion (not to be confused with the old Tuesday night party at Limelight) is a music community in London founded by Ben Lovett (Mumford & Sons), Kevin Jones (Cherbourg) and producer Ian Grimble and has been responsible for showcasing emerging and established British music. The Public Assembly show on January 9 is Communion's debut showcase in New York. It's fitting that Alex Winston is performing at the first showcase, considering she covered Mumford & Sons' "The Cave" for her Covers EP.

Winston was also at Public Assembly for the Neon Gold/Chess Club Showcase this past CMJ. I caught her at that show. Winston takes strong inspiration from Motown girl groups and crafts nostalgic pop songsm but she sets herself apart from her predecessors, by using the pop song formula to showcase more thought provoking lyrics. Her stage persona shifted from dramatic to funny multiple times and she never fails to deliver as a vocalist or performer. Winston has yet to release an album, but that will change on March 8th when her debut, "Sister Wife" is released by HeavyRoc. The Mini LP was produced by The Knocks and Charlie Hugall. Download two tracks from that album (one remixed) above.

All dates and the Communion flyer below... 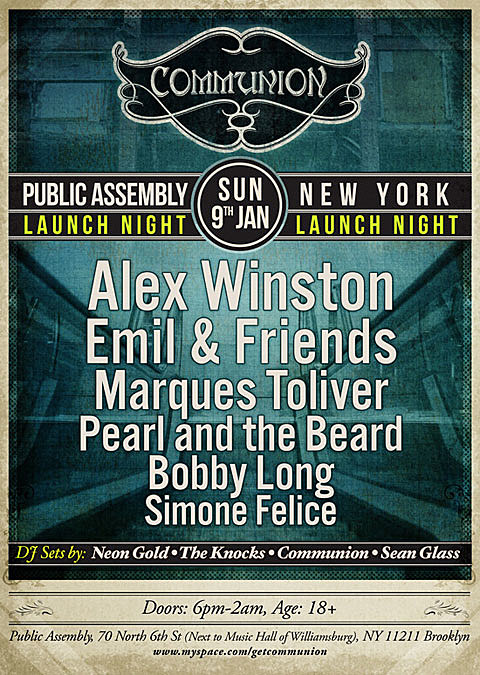