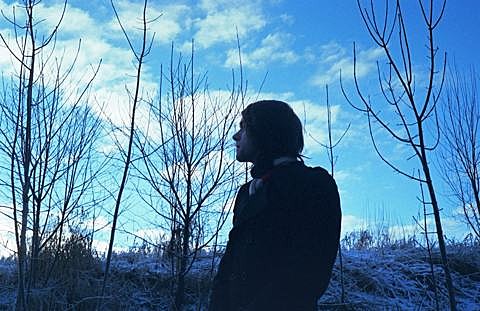 Norwegian orch-pop musician Alexander von Mehren just released his debut album, Aéropop, via The Control Group. If you like that mid-'90s period of Stereolab when Tortoise's John McEntire and and High Llamas' Sean O'Hagan were regular contributors/bandmembers, not to mention vibes, strings and "bah-buh-da-buh-da" choruses you're gonna dig this. In fact, the record (which is mostly in French) was mixed in Chicago with McEntire behind the boards and features members of High Llamas. It is a smoothed-out, groovy listen and you can check out the video for "La Chanson de Douche" and a stream of "Winter Comes" below and stream the entire LP via Spotify or Rdio.

If you'd like to see him live, Alexander von Mehren will be in North America with his band for a few select shows early next month, including two in NYC: October 8 at Glasslands with Alexandra Stewart and Hayley Coupon; and October 9 at Mercury Lounge with Andrew Keoghan. Tickets to Glasslands are on sale now, and tickets for Mercury Lounge go on AmEx presale on Wednesday (9/11) at noon with the regular on sale starting Friday (9/13) at noon.

All dates are listed, along with that stream and video, below...