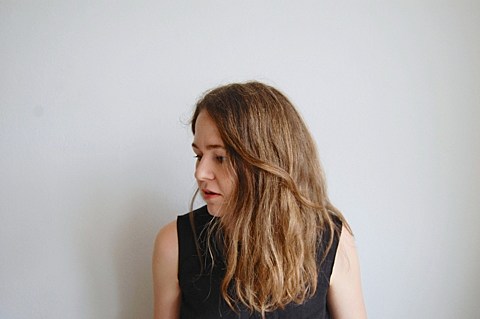 Swedish singer/songwriter Alice Boman packaged this year's EP II with last year's Skisser EP for her debut US release this past June, and last night (9/10) she kicked off her US tour in support of it in Boston. The tour comes to NYC on Sunday (9/14) at Baby's All Right with support from Brooklyn dark pop artist Fielded (who also opens tonight's Philly show) and Seattle's Tomten. The show starts at 8 PM after Baby's hosts the early evening Classic Album Sundays listening event for Jeff Buckley's Grace with a live set from Gary Lucas, whose band Gods and Monsters once included Jeff as a member and who has taken part in other Jeff Buckley tributes over the years. Tickets for the Alice Boman show and the Jeff Buckley party are on sale now. All of Alice's dates are listed below.

Alice recently filmed a live-in-studio session of "Be Mine" from EP II with a four-piece backing band that includes two horn players, a backing vocalist and a drummer. The video (filmed and edited by Jesper Berg, recorded and mixed by Emil Isaksson) makes its premiere in this post. You can watch that, with the music video for "Over" from the EP, below.

In addition to her own material, Alice also recently recorded a cover of "Red Eyes," a standout track from the new War On Drugs album. Melodically, it's "Red Eyes" all right, but she plays it in her own spacey piano pop/vibrato vocal style. You can listen to that, with both videos and the list of dates, below...