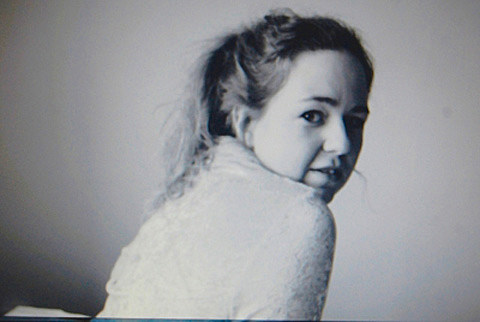 Swedish singer-songwriter Alice Boman released EP II + Skisser last year and one of the songs from that was just given given a video by director Christoffer Castor, comprised entirely from old home movies. Says the director:

There's a small abandoned cabin far into the woods of southern Sweden. It seems like nobody been living there for a very long time. It's still furnished but others have been there, tumbling around, looking for valuables. They've missed out. What's left is the memories of what i think is an older lady, a well-traveled lady. There's a lot of old worn out suitcases in the attic and there's a whole lot of handmade amatuer art hanging about in the cabin, from all over the world. In a shelf there's lots of 8mm film rolls. All left for itself.

I left the cabin that time and returned a year later. More people had been there and more things were missing. So i decided to borrow some rolls of film home with me. I recorded some of the films named "U.S.A." and watched them. Maybe for the first time in over three decades.

Then I took the liberty to put together a video for "Burns" by using an unknown old lady's memories.

The vintage 8mm footage works well with Boman's spare, delicate song and you can watch the "Burns" video below.

Alice will be visiting the U.S soon to play shows on both coasts: Los Angeles at the Bootleg Theatre on February 25 and NYC at Rough Trade on March 4. Tickets for the NYC show go on sale Friday (1/16) at noon.

Stream Alice Boman's EP II + Skisser (via Rdio) and the new video below.