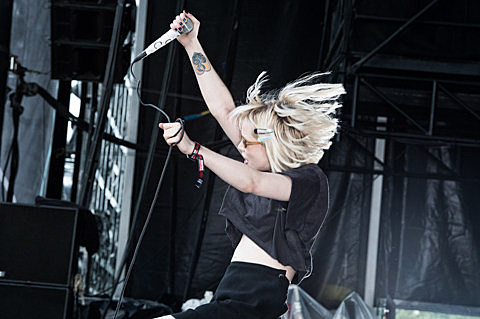 Alice Glass, the singer and one half of Crystal Castles with Ethan Kath, has left the band. She wrote on Facebook:

I am leaving Crystal Castles.
My art and my self-expression in any form has always been an attempt towards sincerity, honesty, and empathy for others.
For a multitude of reasons both professional and personal I no longer feel that this is possible within CC.
Although this is the end of the band, I hope my fans will embrace me as a solo artist in the same way they have embraced Crystal Castles.