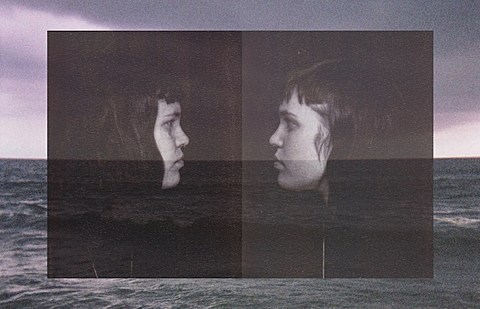 Maryn Jones is rarely not up to something, whether she's fronting her band All Dogs, lending her harmonies to Saintseneca, or providing guest lead vocals on Radiator Hospital's Torch Song standout "Fireworks." Now she'll be even busier with her new solo project Yowler, the moniker under which she'll release her The Offer cassette on March 10 via Double Double Whammy. Its first single, "7 Towers," is out now, and it's arguably more arresting than anything she's done in All Dogs. Unlike that band's indie punk, it's a sad singer/songwriter dirge with nice reverbed-out electric guitar and only a few minor embellishments. But it sounds way less minimal than it really is. Check it out below.

All Dogs are about to head out on a tour with The Sidekicks (whose singer Steve Ciolek plays with Maryn in Saintseneca), beginning with a BrooklynVegan-presented release show for that band's excellent new album at Brooklyn's Baby's All Right on Friday (1/23). Also on that show are fellow tourmates Cayetana and opener Roger Harvey. Tickets are still available.