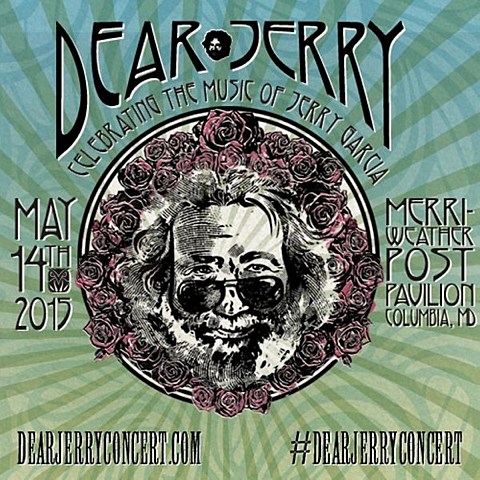 There's already insane demand for the three Chicago shows that surviving Grateful Dead members Bob Weir, Phil Lesh, Mickey Hart and Bill Kreutzmann are reuniting for, so perhaps some of that excitement will carry over into this Jerry Garcia tribute happening two months earlier in Maryland.

The tribute includes all four of those members -- Mickey and Bob solo, Bill with his band Billy & the Kids, and Phil with his band Communion (featuring Stu Allen, Grahame Lesh, Ross James, Alex Koford, And Jason Crosby) -- as well as Bruce Hornsby, who's also playing at the Chicago shows. Though they're billed separately, maybe all the band practices they've been having will result in some collaborations too?

In other Dead news, Real Estate side project Alex Bleeker and the Freaks, who just took part in a Dead tribute in Brooklyn, have announced that they'll also play a Dead set at Woodsist Festival on May 18 in Big Sur, CA. That fest is also with Real Estate, Woods, White Fence, Peaking Lights, Little Wings, Simon Joyner & the Ghosts and more TBA. Tickets are still available.

Alex Bleeker isn't the only indie rocker paying tribute to The Dead this year.

'Dear Jerry: Celebrating the Music of Jerry Garcia' lineup below...