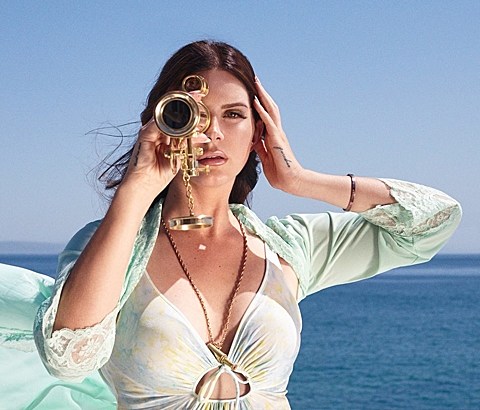 We already heard the title track from Lana Del Rey's upcoming album Honeymoon, and earlier this week she put out the second single "High by the Beach" which just got video treatment. It feels impossible that there weren't at least 47 chillwave songs in 2009 called something like "High by the Beach," but I'm not sure if any of them had a lyric like "You could be a bad motherfucker, but that don't make you a man." Watch the video, including a part where Lana blows up a helicopter with a massive weapon Grand Theft Auto style, below.