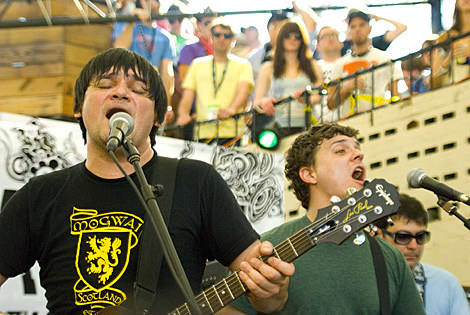 Although no formal announcement has been made, careful scientific analysis of the originally announced 2009 All Points West lineup, vs what is being advertised now, reveals some changes. First of all, Yelle, who not even one person guessed would be appearing at this year's festival anyway, is now actually not appearing at the festival. Five new artists are though. And they are:

Related videos and tour dates below...

...Trail Of Dead - Another Morning Stoner