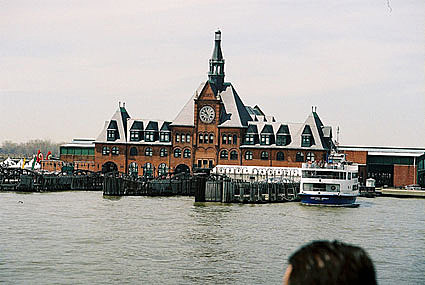 The conversation turned to Liberty State Park in Jersey City, where Tesler's Liberty Event Management company had produced boat shows, the 2006 Cheap Trick-headlined LibertyJAM concert and other events. He said that, historically, immigrants who came to Ellis Island would go to the Central Railroad of New Jersey terminal, which is still on the park's grounds, then board trains for "all points west."

"Paul looked at me and was like, 'What a perfect name for a festival,'" he said.

Tesler, who had been thinking for years about producing a major multi-day rock festival at Liberty State Park, and Tollett, who has had a similar dream of bringing a Coachella-style extravaganza to the East Coast, are now partners. On Aug. 8-10, they, working in conjunction with the New York nightclub the HighLine Ballroom, will mount the first All Points West Music & Arts Festival at Liberty State Park.

Dozens of pop and rock acts will perform on three or four stages, though the co-producers are not ready to announce the lineup. They anticipate crowds of 25,000-30,000 per day.....

.....Tesler said he and his partners had selected Aug. 8-10 as the weekend for All Points West before they knew about Vineland, and that they don't view that festival as competition, even though it's just a few hours away.

"I really think it's two separate markets," he said. "Technically it's in New Jersey, but that's really a Philly market." [NJ.com]

They haven't announced any of the Jersey lineup yet, but Radiohead and Jack Johnson are already rumored to be playing. In the meantime, they announced the lineup for Coachella (proper).