Lightning at the Door album art 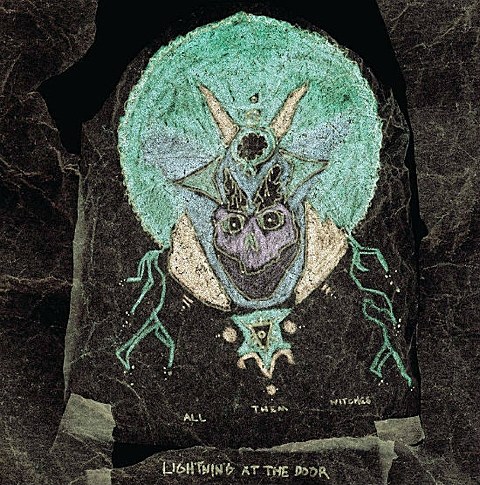 Nashville's psych-rockers All Them Witches are giving their album, Lightning at the Door, a proper release today (9/16). It's a heady brew of swirling tones and heavy blue-eyed blues rock. The tracks also have that bracing spontaneity of crack improvisers. Says singer/bassist Michael Parks, Jr. regarding their approach: "In terms of the music, we're so loose, and that's where the magic comes from. There's no controlling factor. We do exactly what comes naturally. We go in a room without any idea about what will happen, get in the groove, and it works. That's supernatural." You can check out a couple of its tracks below.

All Them Witches are currently on tour with crushing doomers Windhand. This Saturday's (9/20) show at NYC's Saint Vitus with Ilsa and Polygamyst is on the very near horizon. That show is also very nearly sold out according to Saint Vitus's Facebook: "If you want tickets to Windhand, act soon. There are less than 30 left." Tickets are, indeed, available now.

Updated dates are listed, with the song streams, below...