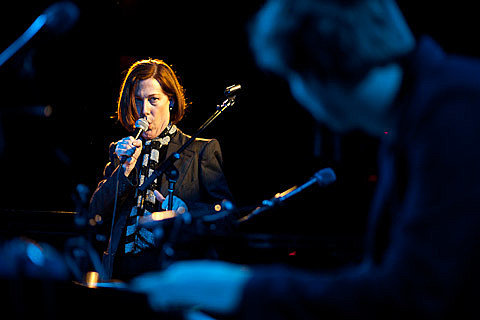 As you may have noticed in What's Going on Sunday, both Allen Toussaint and Justin Vivian Bond played shows at Joe's Pub on Sunday.

Allen's show, entitled "A Southern Night", is part of "the Joe's Pub New York Voices series" and happens again three times this week. All three are still on sale (11/21, 11/22 & 11/23). The singer, pianist, songwriter, arranger and producer "will feature songs from the album as well as songs that relate to the Toussaint Family." His full list of dates is below.

Performance artist, comedian and singer Justin Bond is also playing more shows, and all with Thomas Bartlett on piano. Tickets are still available for November 27 and December 04.

P.S. Happy 10th anniversary Brassland Records (who are giving away a song a day all this month including ones by Doveman)

P.S.S. Frequent Doveman collaborator Martha Wainwright is also in the midst of a residency that continues Monday night (11/21) at City Winery. Tickets are still on sale.